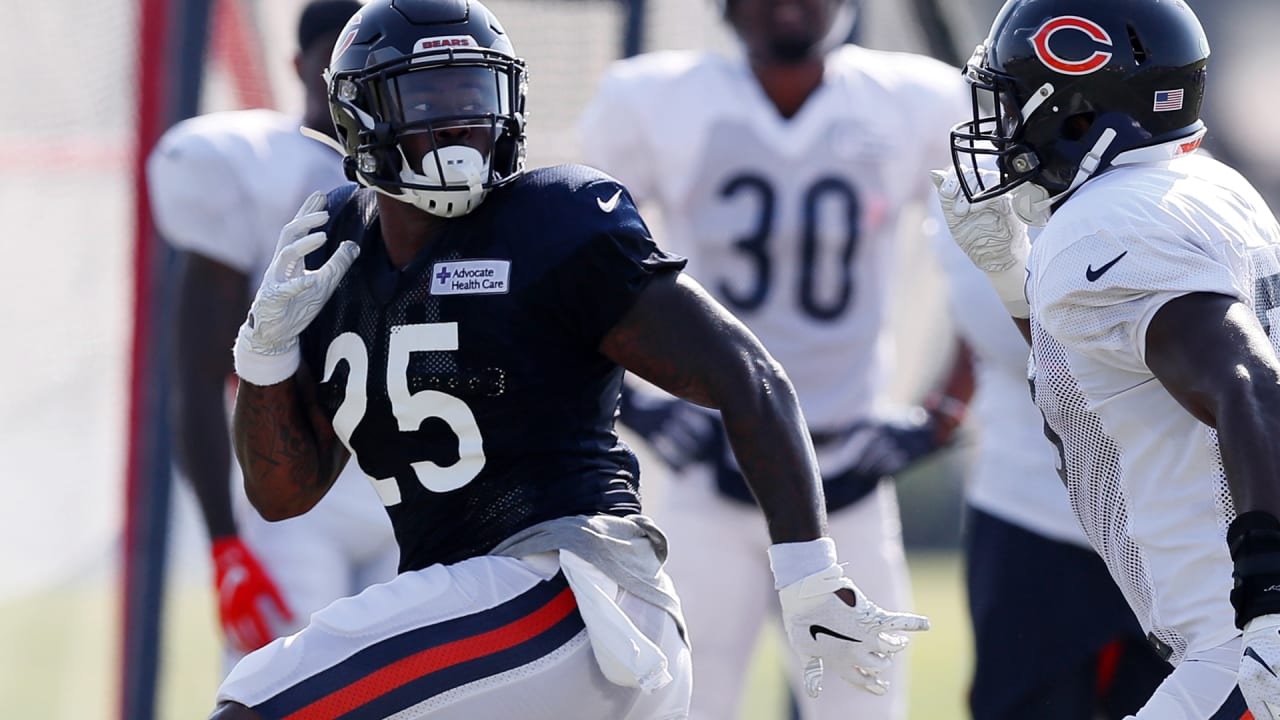 This summer, Davis has attempted to separate himself by doing the little things. He’s been a standout in blocking drills and stayed late to run catching drills.

He’s trying to be the type of do-everything back that can’t be ignored. Coach Matt Nagy called attention to Davis’s progress Monday morning.

“We feel very fortunate that he came here as a free agent,” said Nagy. “He can do a lot of different things. He can protect. He has great vision in between the tackles yet you can put him out wide, and he can do some things.”

Davis started strong last season in Seattle, peaking with a 101-yard, two-touchdown effort against the Rams in Week 3 in place of the injured Chris Carson.

While he wasn’t a regular starter in Seattle, he credits the Seahawks offense for rounding out his game and forcing him to improve his blocking.

“I have to take that pretty serious, especially coming from Seattle,” said Davis. “I was in a lot of third downs.”

Even locked in the battle for carries and playing time, Davis is still excited by the potential offered by his new team.

“It’s definitely what I thought it would be,” said Davis. “It’s fun. Matt Nagy, he’s a genius when it comes to plays. We’ve got to learn every position. You never know where you’re going to be at. Everything I heard about this team in free agency is true. We’ve got a lot of guys with a lot of character; a lot of good guys, a lot of humble guys. We are coming out here to work. No one takes days off.”

Davis’ friendly relationship with Montgomery and Tarik Cohen hasn’t curbed his drive to separate himself. He cited his hard work over the summer as a critical driver of his success.

“I’ve got faster since OTAs,” said Davis. “My weight is down. Just learning the playbook is a big thing for me.”

Davis cites the different ways in which Nagy’s offense uses running backs as one of the driving factors in his decision to sign with the Bears. He sees his willingness to play anywhere as an asset.

“I’m out here to do whatever they put me at,” said Davis. “If Nagy wants me to punt, I’ll be out here punting.”

After a discussion of his progress, Davis was happy to talk about his love for the Netflix show “Stranger Things.” Earlier in the summer, Davis showed off special-made cleats with the show’s logo.

“I didn’t think it could get better, but obviously it did,” said Davis, reviewing the recently-released third season.

If Davis has his way, he’ll get a similar review from Bears fans this fall.

The origins and experiences of the Canadian NFL…

Ravens Have 10 Starters On Covid List; A Look At…