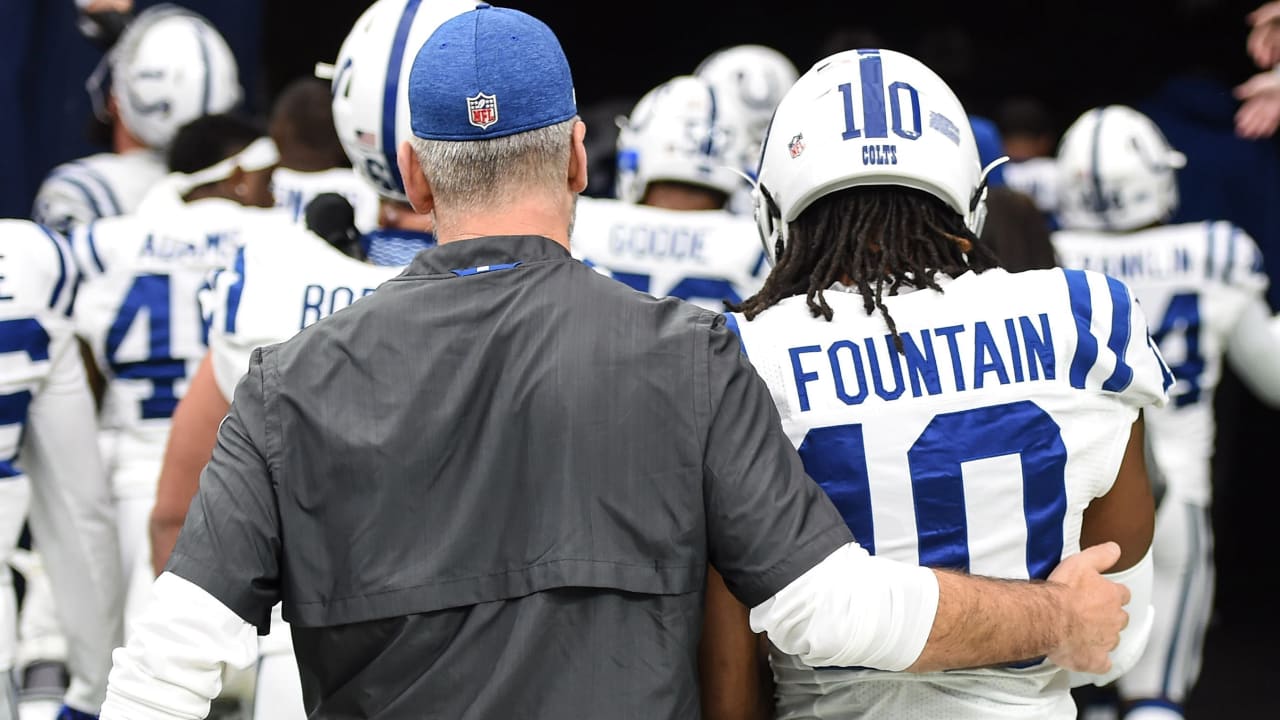 Fountain, Reich said, is being treated at a local hospital.

“(He’s) gonna get the best care in the world,” Reich told reporters. “We will do whatever it takes to support him, and he’ll bounce back — he’ll bounce back. Our thoughts and prayers are with Reece.”

Fountain suffered the injury during an 11-on-11 period in Thursday’s second day of joint training camp practices with the Cleveland Browns, going down near the left sideline on a toss play to that side of the field.

The second-year Northern Iowa product was putting together a strong training camp and had worked his way into the mix for a spot on the 53-man roster. He led the Colts with five receptions for 63 yards in last week’s preseason opener against the Buffalo Bills.

“You never wanna lose a guy,” Reich continued. “You just don’t want to lose a guy, and then to an injury like this, it’s just unfortunate. But, you know, we’ll just support him in every way we can.”