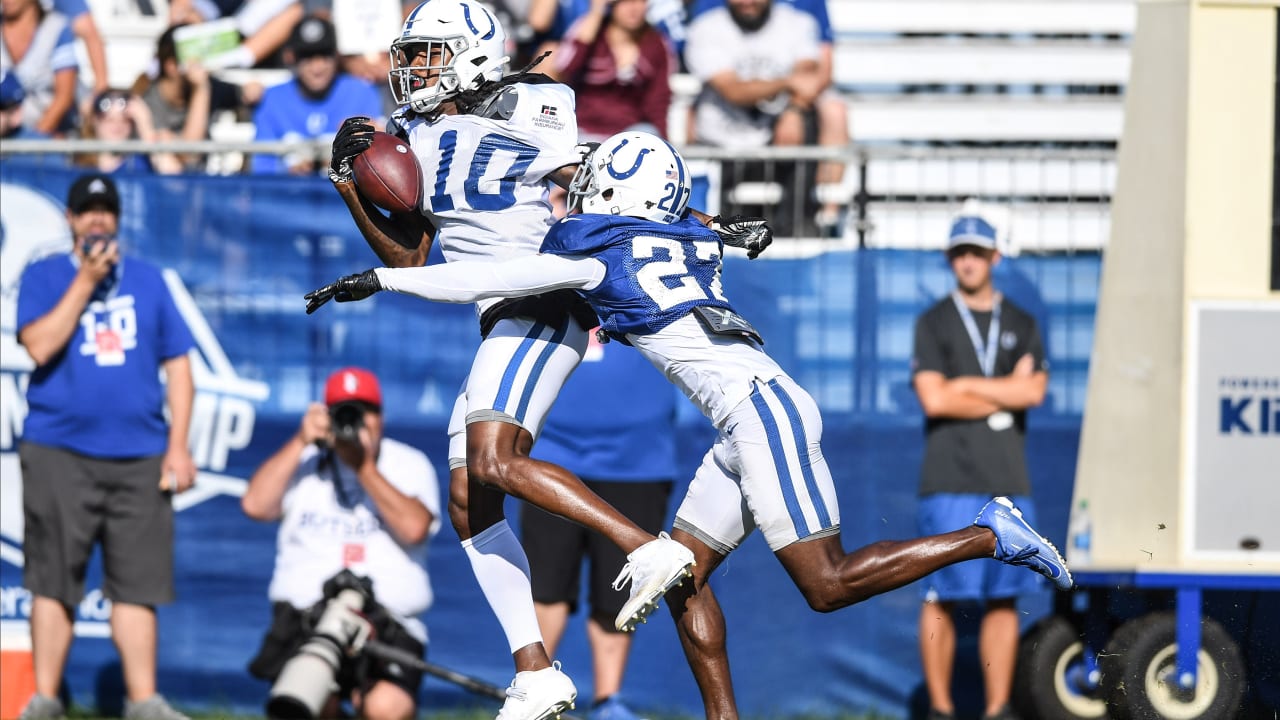 WESTFIELD, Ind. — Daurice Fountain’s challenge from the Indianapolis Colts’ coaching staff the past year has been to string together multiple days of making plays at the wide receiver position.

At 6-foot-2 and 210 pounds, Fountain has the frame and the tools to get yards in large chunks in the Colts’ offense, but making a play in practice here or there every so often wasn’t going to cut it.

So on July 31, Fountain put together a strong performance in the Colts’ sixth day of training camp practices at Grand Park Sports Campus in Westfield, Ind., hauling in a handful of passes and staying in-bounds along the sideline, while also snatching a ball that was initially tipped by a defender.

The next day, Fountain ended the team’s practice with an impressive walkoff touchdown grab to wrap up a two-minute drill, as the second-year receiver out of Northern Iowa approached the end zone, turned his head towards quarterback Phillip Walker, batted away cornerback Jalen Collins’ hands and leapt in the air, snagging the ball at its highest point and keeping both feet in bounds as he fell to the ground for the score.

And Fountain has showed no signs of slowing since.

That includes five-catch, 63-yard performance in Thursday’s preseason opener against the Buffalo Bills.

Whatever has clicked in Fountain, it’s happening at the right time, as he finds himself smack dab in the middle of a heated roster battle at wide receiver.

“Really what I’m really impressed with Reece is that he’s starting to show more consistency,” Colts offensive coordinator Nick Sirianni said. “He’s got that body that you want from a receiver. He’s big, strong and physical. Now he’s starting to get a little quicker.”

That Fountain is quicker is the result of loads of hard work over the offseason, both in his skillset as a receiver and by reshaping his body, which he said is “paying off really well.”

“I’ve just got to keep going,” he continued. “There’s just a lot of little things I can keep working on to become the receiver I wanna be. Right now it’s just a pretty good start.”

What did the Colts’ scouts see in fifth-round pick…

Breaking down the wide receiver position

The Colts bolstered their depth at cornerback by…

Will you be asking for a refund ?

Is Drew Lock or Derek Carr the second-best AFC…