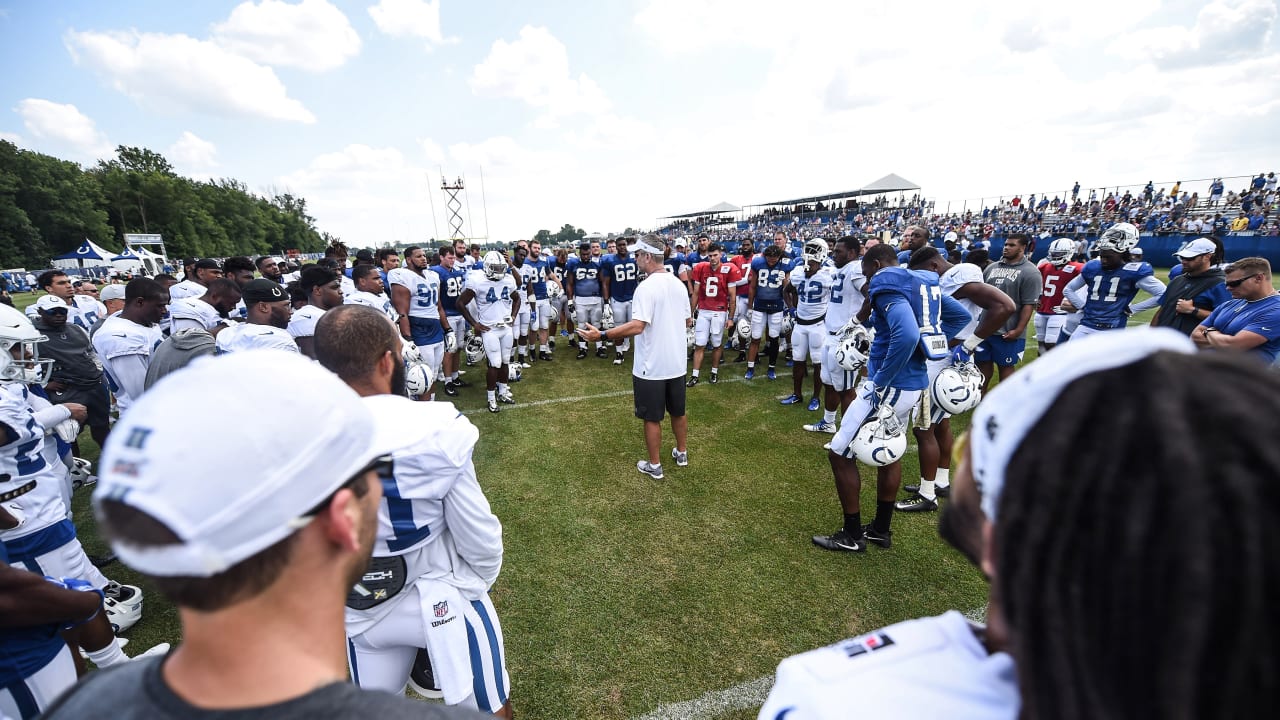 » Early impressions: The Colts last season had a rookie class that had no choice but to adjust quickly to the professional game and become key contributors for a team that won 10 games and advanced into the Divisional Round of the playoffs. And halfway through training camp this year, the Colts’ new rookie class seems to have put itself on a similar path. Several 2019 draft picks have not only showed they belong, but they’ve stood out at various times, especially second-round picks Rock Ya-Sin at cornerback, Ben Banogu at defensive end and Parris Campbell at wide receiver; third-round pick Bobby Okereke at linebacker; fourth-round pick Khari Willis at safety; and fifth-round pick E.J. Speed at linebacker. “Rock has looked good; we knew he was super tough and super competitive. We’ve seen that — good playmaking skills,” Reich said. “Ben Banogu at defensive end, he’s shown he can get after the passer, so we’re excited about Ben. And then Bobby Okereke’s looked great. Of course, Parris Campbell, he’s been hurt for the last couple of days, but we’re very excited about him — and, really, the rest of the guys, even the rest of the draft picks and our (undrafted) free agents. You know, just feel good about what we’re seeing on the field. These guys have to develop — there’s a long way to go — but the early signs are very positive.”

Colts WR Michael PIttman Jr. will miss some time a…

The Colts are ‘hopeful’ that TE Trey Burton can…