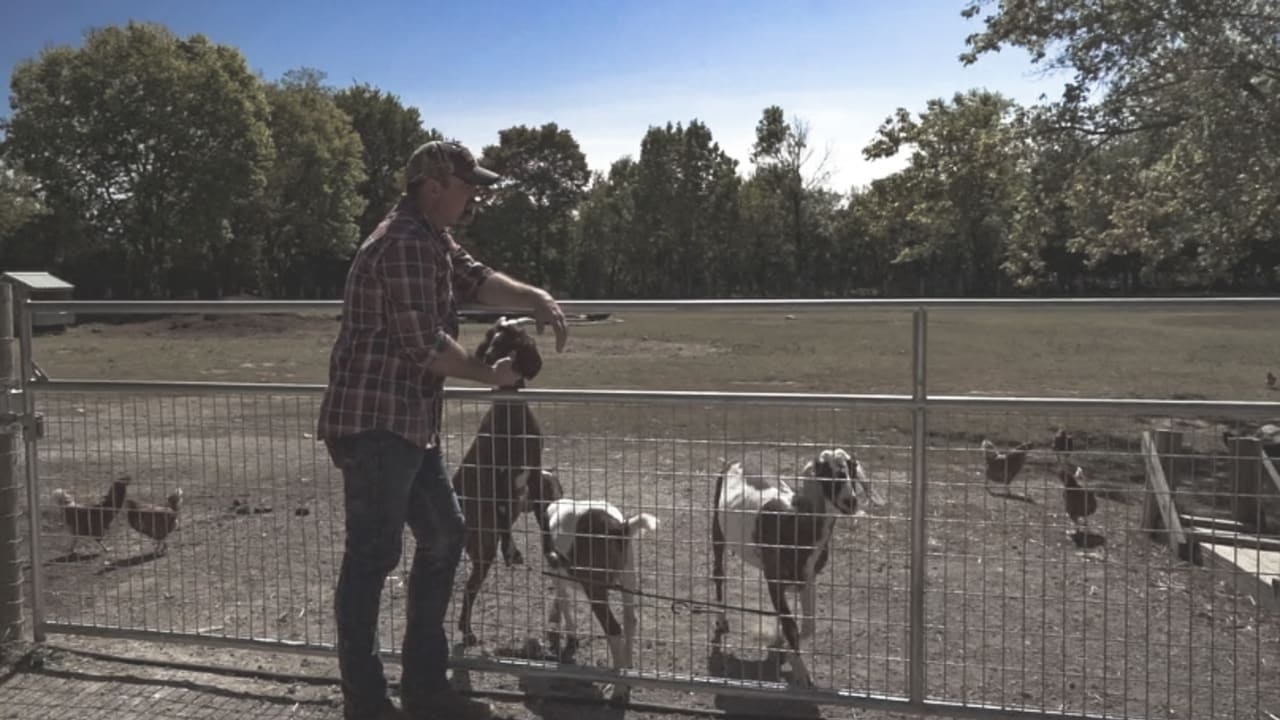 » Smith was a talented punter for the Colts, who selected him in the seventh round of the 1999 NFL Draft out of Notre Dame. He’d go on to play the first 10 seasons of his 12-year career in Indianapolis, and was a key member of the Super Bowl XLI-winning team. Despite finishing his career with two seasons with the Washington Redskins, Smith said he was drawn back to Indiana for post-retirement life. “The return to what I knew was important — to have a place to stop being a transient family, to stop being a transient person, and to say, ‘This is our home,’” Smith said. “When I retired, I looked around at where my people were — where I had relationships, where so many formative years had been spent. Indianapolis was that place. … Everybody had such a good experience playing here. We were so welcomed. I think that everybody enjoyed the fans, the fans enjoyed us, and then from there we went on out into the communities and found that these are relatable people.”

» Bonus material: you get to see an awesome fake field goal touchdown run by Smith against the New York Jets in 2003 that ended up being the difference in a 38-31 Colts victory.

» Smith said he grew up on a ranch on Texas, where his parents taught him the value of hard work and sacrifice. He wanted to pass along the same values to his children. “I started looking at my past and what made me who I am, and I looked back at my parents and where I grew up — and I grew up on a ranch in Texas — and I just said, ‘You know, so many good things about me were learned or formed through the medium of agriculture,’” Smith said. “And I went in one day and said, ‘I think we need to sell our house,’ and my wife agreed, and we sold our big, scary ostentatious house, and we bought a farm and changed everything.”

» Smith chokes up as he talks about his father. “My dad is dying now, and he’s very sick,” Smith said. “It means a lot for me to go back now and talk to my dad about the farm and tell him what I’m doing and show pictures of things. And to be able to show my kids a measure of what I was raised with. … You know, when I looked back on my life at what I had to offer my kids, so much of it came from him. … I don’t farm out of an obligation to him, but I do farm in honor of him.”

» The namesake of Smith’s farm is a huge white oak tree that was actually hidden beneath heavy brush at one point. But once that was cleared, Smith and his family discovered the tree was probably about 340 years old. “It was already a real big tree at the Civil War,” Smith said. His family named it the “Wonder Tree,” and thus, “Wonder Tree Farm” is born.

» Smith’s upbringing also resulted in a love of music, which grew even more when he got drafted by the Colts. Why? “Truthfully, when you’re the punter on a Peyton Manning-led offense, you just have to develop your other talents — ‘cause you don’t do a whole lot of playing,” Smith said. When Smith retired, he got together with a few talented friends and started the Hunter Smith Band. “We, over the last seven or eight years, played every little -burgh, -ville, festival, fair, and have had a ball connecting with the people of this great state.”

» The episode wraps up with a look at the Smith’s “Farm Day,” when the public is invited to check out the farm and buy their food. Smith’s wife, Jennifer, even gives pony wagon rides. “My wife, who was raised in a cul-de-sac in Carmel, now jostles around with a wagon full of kids giving pony rides,” Smith says with a smile. “And it’s glorious.”

» Wonder Tree Farm, Smith says, is a “food source,” and the family really puts a lot of care into the kind of food it makes available. “The people who buy from us are people who care about their health,” Smith said. “On our farm, we practice something called biomimicry, and that is looking into nature and different animal types and seeing what they eat naturally, and trying to mimic that. … We raise all of our animals through intensive rotational grazing, everything is non-GMO, and everything is healthy — it’s what we eat.”

» In the end, though, it all comes down to family for Smith, who is satisfied with the way he’s been able to pass along his passions to his children once his playing days were over. “To be able to my kids a measure of what I was raised with, there’s great value in that. And then to be able to work together as a family, bringing the whole thing together and being able to do something that’s meaningful on a number of levels together,” he says. “I feel like life should be a series of passing along things, passing along things that matter. And so to have received something that I can pass along, and to complete that cycle of passing it along, it’s one of the great thrills of my life.”

Take a look back at the fantasy impact made by the…

QB Jacob Eason on his development learning from…

Jets leading Bills 10-6 at the half