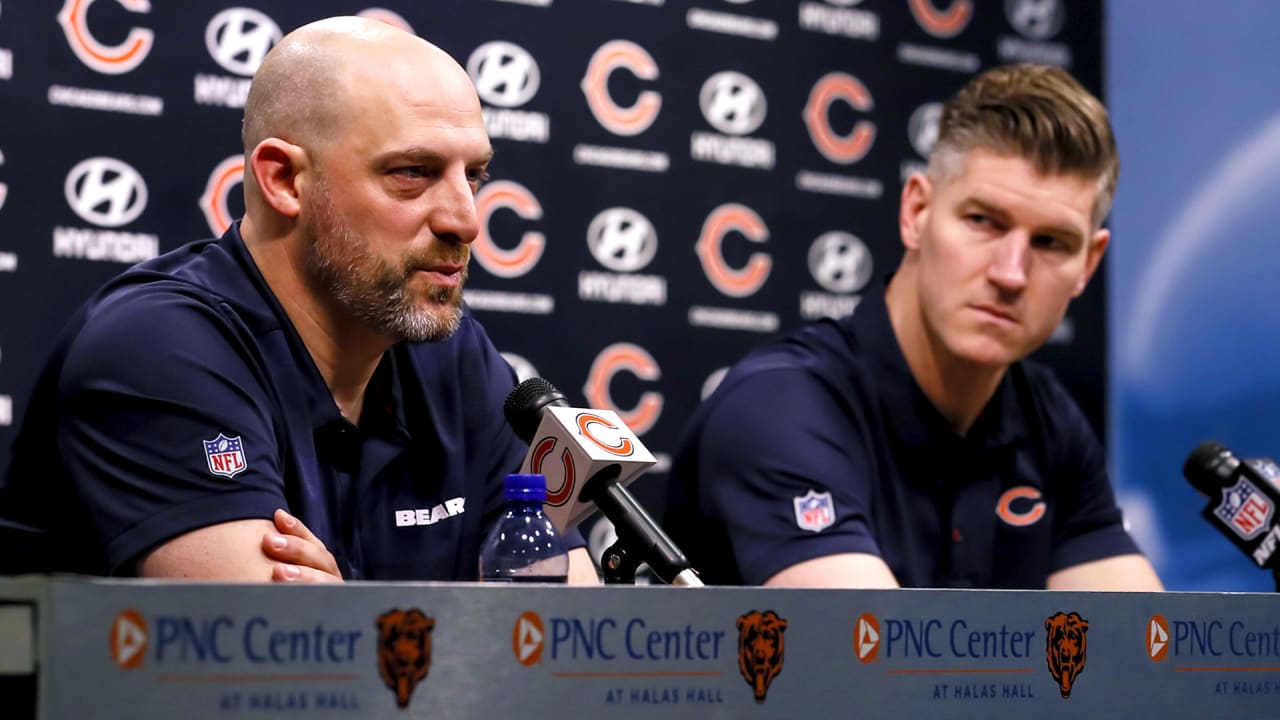 Nagy took a wide view of his coaching tenure, acknowledging that the Bears have not yet reached their ultimate goal of winning a Super Bowl during his three-year tenure. He could, however, point to some successes while acknowledging the challenging road ahead.

This season was destined to be evaluated based on whether the team looked closer to that of Nagy’s first or second season as head coach. The team made the playoffs, like the 12-4 team of 2018. However, they finished with the same record as they did during the disappointing 2019 campaign.

“Is 8-8 good enough?” said Pace. “No. Is losing in the first round of the playoffs good enough? No. But what I appreciate is that we fought, we stuck together.”

Wednesday’s video press conference served as confirmation that both men would keep their positions for the 2021 season. Both Pace and Nagy acknowledged that their performances to this point did not make the decision an obvious one. The Bears are 42-54 since Pace arrived in 2015 and 28-20 since Nagy’s hiring three years later.

“Ownership has given us an opportunity,” said Pace. “They’ve given us all the resources we can ask for. And now, that’s on Matt and I to prove them right.”

Nagy said that Sunday’s playoff loss to the New Orleans Saints would be a learning experience for returning players.

“We understand where we’re at,” said Nagy. “We get it. When we put our head down, and we go, and we do it for our fans and for our city, for our organization, for our fans, for everybody—we need to do everything we can to get this thing right. We’re gonna exhaust ourselves. It’s a production-based business.”

Pace and Nagy both addressed one of the team’s most persistent issues: the failure to develop a franchise quarterback. Pace left open the possibility that quarterback Mitchell Trubisky could return next season but stressed that performance at that position had not reached expectations.

The quarterback decision is just one of many that Pace will make this spring.

“It’s on us now to take a deep breath,” said Pace, “take out emotion, identify what the problems are there, and then use this offseason and fix it, and that’s on me. I get it. It’s on me to supply better players to our coaching staff to win games.”

Nagy and Pace both praised the team for rebounding from a six-game losing streak. Though the streak itself is cause for concern, both men believe that the aftermath has given the Bears something on which to build.

“I do think there’s a lot of teams in this league,” said Pace, “guys that would not come out of the six-game stretch we went through, and I do think that speaks to, you say, culture, but I think it speaks to the coaches and I think [it] speaks to the young talent on our team.”

Pace saw positive movement with the offensive line, pointing to the bye week discussion that led to the reconfigured lineup that started the season’s final seven games.

Young players such as center Sam Mustipher, guard Alex Bars, running back David Montgomery, and defensive lineman Bilal Nichols all saw their responsibilities increase in the final weeks of the season.

“We feel like we have a young core,” said Pace, “but we need to add more to that. We need to provide our coaches with better weapons on both sides of the ball.”

Steelers need to hire Doug Pederson to fix the…

[The Express-Times] – 3 reasons why Eagles, Texans…

Bleacher Report gives New York Giants a ‘B’ for…