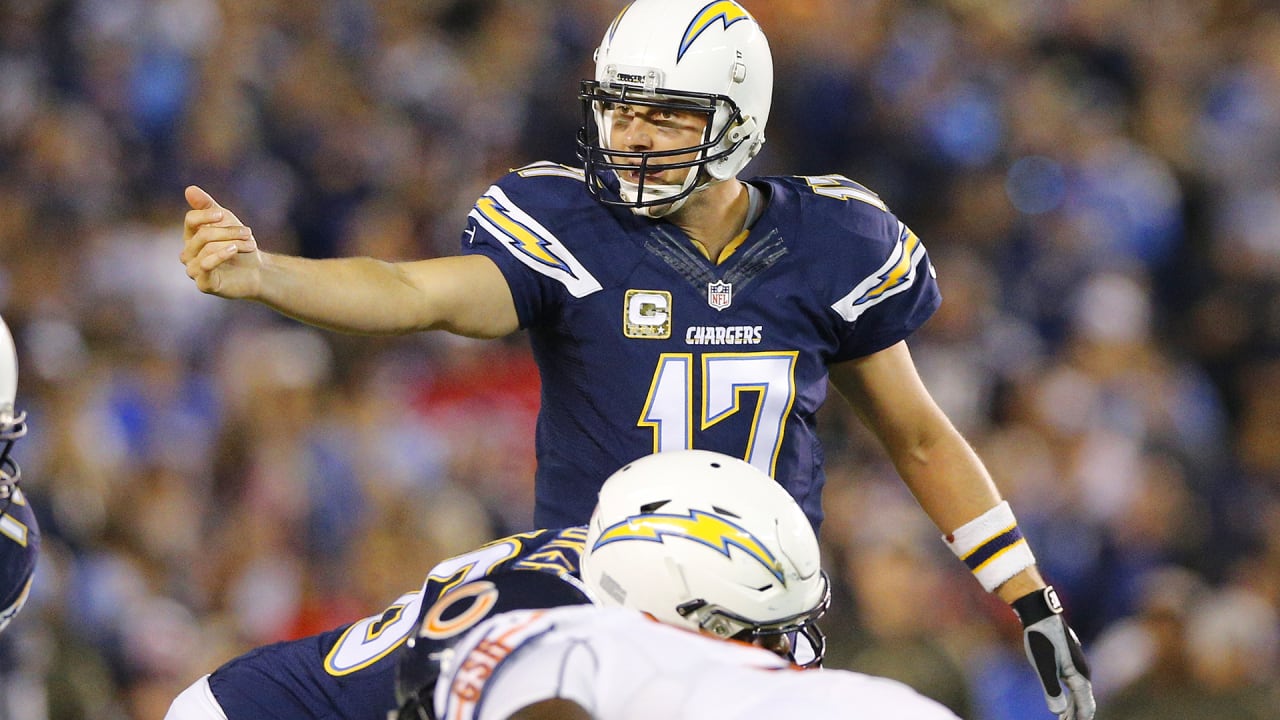 On Sunday, they will face a 38-year-old quarterback on pace to throw for 4,832 yards.

Defensive tackle Eddie Goldman was a rookie the last time the Bears faced off against the Chargers in San Diego, a 22-19 loss in 2015. He remembers a formidable, unflappable opponent.

“Philip Rivers is a Hall of Fame quarterback,” said Goldman. “We just got to try to get our hands up. He lets the ball go at a low trajectory. Just go to try to affect him, you know?”

Rivers’ unusual release was once cause for skepticism, but after eight Pro Bowl selections and throwing for 4,000 yards in 10 of the last 11 seasons, his arm slot would seem to be more of a quirk than a point of weakness.

“Everyone keeps talking about his throwing motion,” said cornerback Prince Amukamara, “but he’s a first-ballot Hall of Famer, so throwing motion doesn’t matter. He’s a competitor. I always hear from dudes around the league that he’s very competitive and that he talks, talks a lot.”

Amukamara, who faced Rivers once as a member of the New York Giants, knows that the Bears will face a pass-heavy attack. The Chargers have rushed for under 80 yards in the last five games, but are averaging 41.2 pass attempts over the same span.

The key, according to the Amukamara, will be presence of mind.

“He’s gonna fit the ball in there,” said Amukamara. “Just can’t have guys running all through the zone and running open because that’s going to make an easy target for him.”

Linebacker Danny Trevathan should know more about Rivers than almost any of his teammates. Trevathan saw the veteran quarterback twice a season during his four-year stint with the Chargers’ division rival Denver Broncos.

Trevathan has a healthy respect for Rivers’ accuracy and has counseled his teammates to stay diligent against a veteran quarterback that can make them pay for momentary lapses.

“This is a game where we’re going to have to be on our man,” said Trevathan. “Even when he’s covered, you’ve got to cover him a little bit more. This is the game where you work your eyes, but know that the quarterback is going to be seeing you.”

How can the Eagles unlock Carson Wentz? Think…