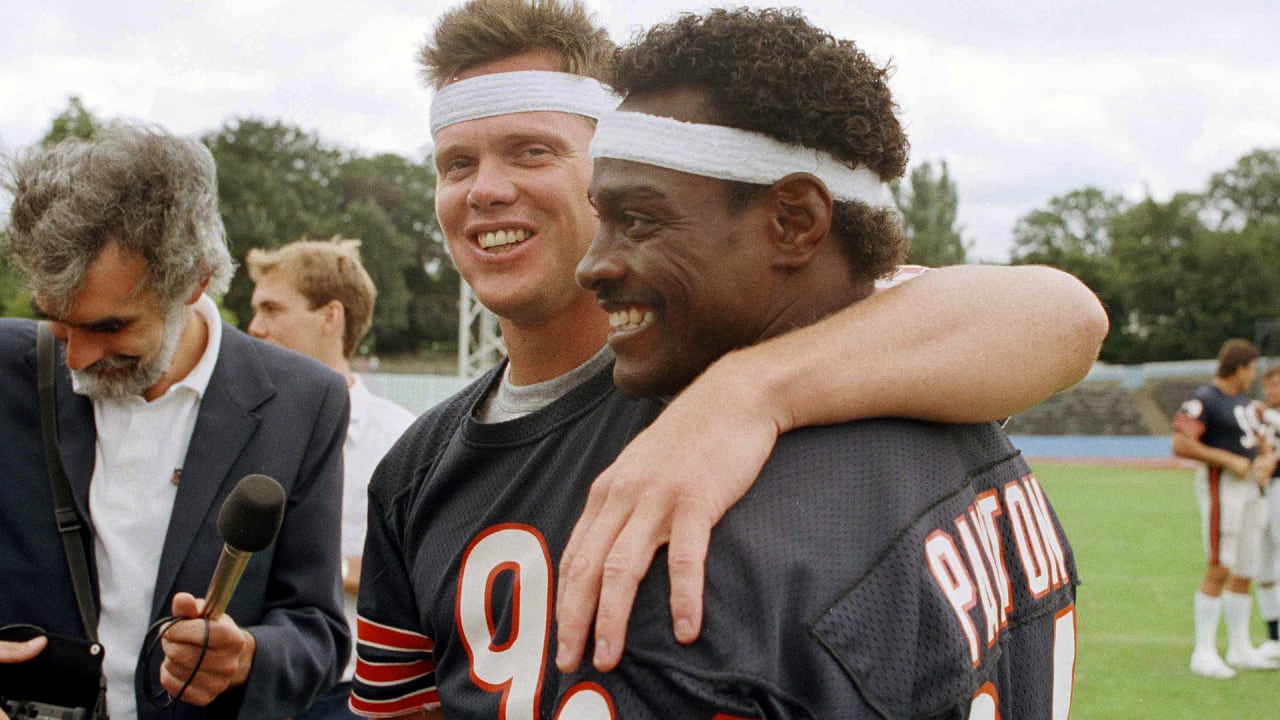 A few of my thoughts on the subject:

• The most significant omission on the NFL.com list and arguably the greatest character in Bears history no doubt is Steve “Mongo” McMichael.

Nicknamed after the character played by Alex Karras in the classic movie “Blazing Saddles,” McMichael was known for hijinks on and off the field.

Fired up the night before Super Bowl XX, McMichael ended a film session by firing a chair at a wall. The chair’s legs stuck in the wall—and the Bears followed by destroying the New England Patriots 46-10 the next day.

McMichael acted like a professional wrestler with the Bears—and then he actually became one. He intimidated reporters by sharpening a giant hunting knife in front of his locker while being interviewed (I have firsthand knowledge of that). Appearing on a local Sunday night TV sports show, he playfully harassed the anchor, once putting lipstick on Mark Giangreco and another time cutting off his designer tie with a scissors.

On the field, McMichael was an absolute warrior, playing in a franchise-record 191 consecutive games from 1981-93. He ranks second in Bears history with 92.5 sacks, a remarkable number for a defensive tackle.

• Walter Payton was not only a legendary player but a Hall-of-Fame practical joker. He’d set off explosives in the middle of the night at training camp, put Paraffin wax on doughnuts to trick unsuspecting teammates and make phony phone calls.

Speaking in a high-pitched voice while pretending to be a female, he called coach Mike Ditka on multiple occasions and said suggestive things. Ditka had no idea who was on the other end of the phone until Payton snuck up behind him one day at practice and began speaking in the same voice.

Payton showed his personality on television, winning a dance contest on “Soul Train” before he joined the Bears and later hosting “Saturday Night Live.” On SNL, he dressed up and spoke as if he was Michael Jackson and also danced with “The Church Lady,” a character played by Dana Carvey.

Payton once famously put Icy Hot cream in Mike Singletary’s jock strap before a Pro Bowl practice in Hawaii. Even when Payton was battling the liver disease that ultimately claimed his life, he’d drive around with close friend and former teammate Matt Suhey, instructing Suhey to stop at a “friend’s” house, walk up to the front door, ring the bell and say hello. Of course, Payton would just pick random strangers’ houses and watch as Suhey awkwardly tried to explain what had just happened.

• Any list of Bears characters has to include former center Olin Kreutz, a player who was extremely talented, smart, fearless, terrifying and hilarious. He had no filter on or off the field, which made him a great player and a great character.

After officials separated a group of players following a fight during a Bears-Vikings game, Kreutz walked menacingly toward the Minnesota sideline, stopped about 10 yards away and proceeded to do the crane pose from “The Karate Kid” movie.

Kreutz played 13 seasons with the Bears from 1998-2010. He joined the Saints in 2011 and faced his former team the second week of the season. After getting introduced as a starter, Kreutz ran out of the New Orleans tunnel. Seeing Bears kicker Robbie Gould warming up in the opposite end zone, Kreutz ran the length of the field and booted the ball that Gould was preparing to kick.

5 things you may not know about Chicago Bears NT…