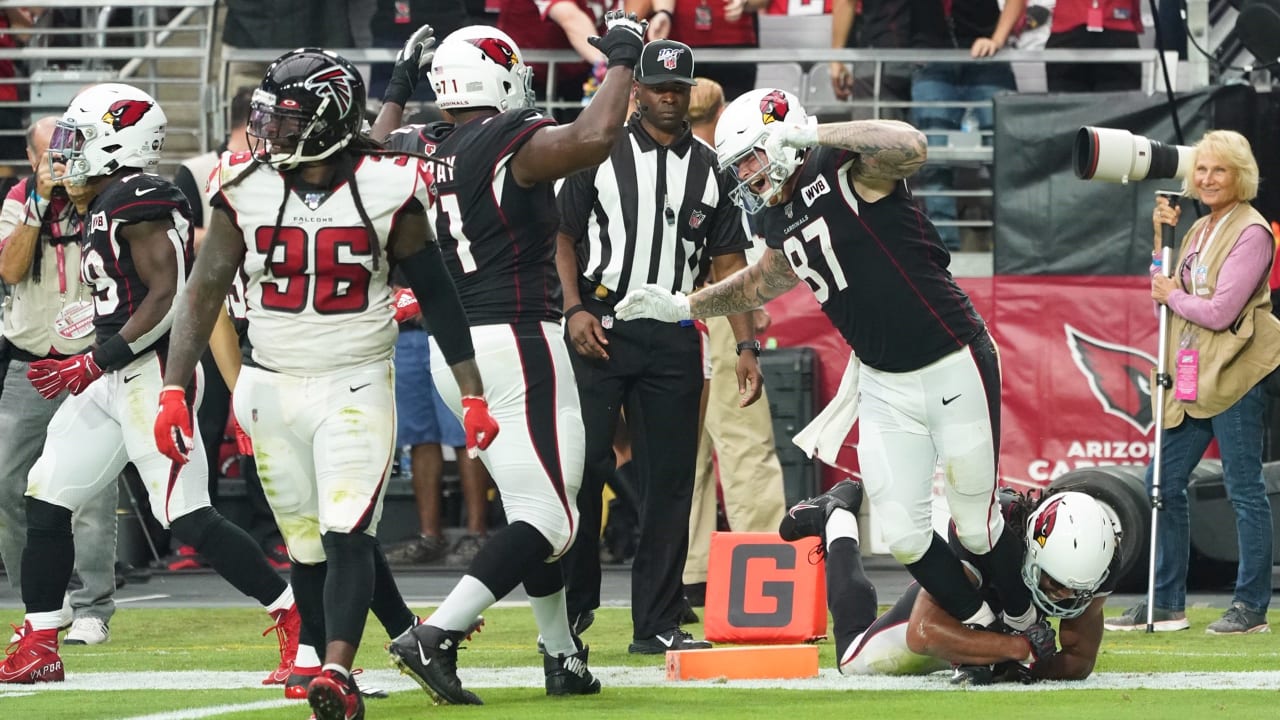 The Cardinals made it interesting for a second straight game. But they also made it two in a row in the win column.

Falcons kicker Matt Bryant pulled his extra-point try wide left with 1:53 left, and the Cardinals were able to hang on to a 34-33 win at State Farm Stadium.

In a game destined to be a shootout with two struggling defenses, the teams combined for 881 total yards. Cardinals rookie quarterback Kyler Murray had another good game, completing 27-for-37 passes for 340 yards, three touchdowns and again had no turnovers. But the Cardinals defense struggled to keep Falcons quarterback Matt Ryan in check, who threw four touchdowns without a turnover himself.

The Cardinals (2-3-1) took a seven-point lead with just over five minutes left on a great diving 14-yard scoring catch by running back David Johnson. The Falcons (1-5) answered quickly, driving 75 yards to tie the score on a 12-yard Ryan pass to running back Devonta Freeman. Atlanta coach Dan Quinn chose to go for the tie and not a two-point conversion — and Bryant knew it was missed as soon as it left his foot.

More to come on azcardinals.com.

Budda Baker Proves His Worth In Dallas

Home Is Where The Kyler Murray Is, As Cardinals…

Any Given Sunday: Broncos over Patriots