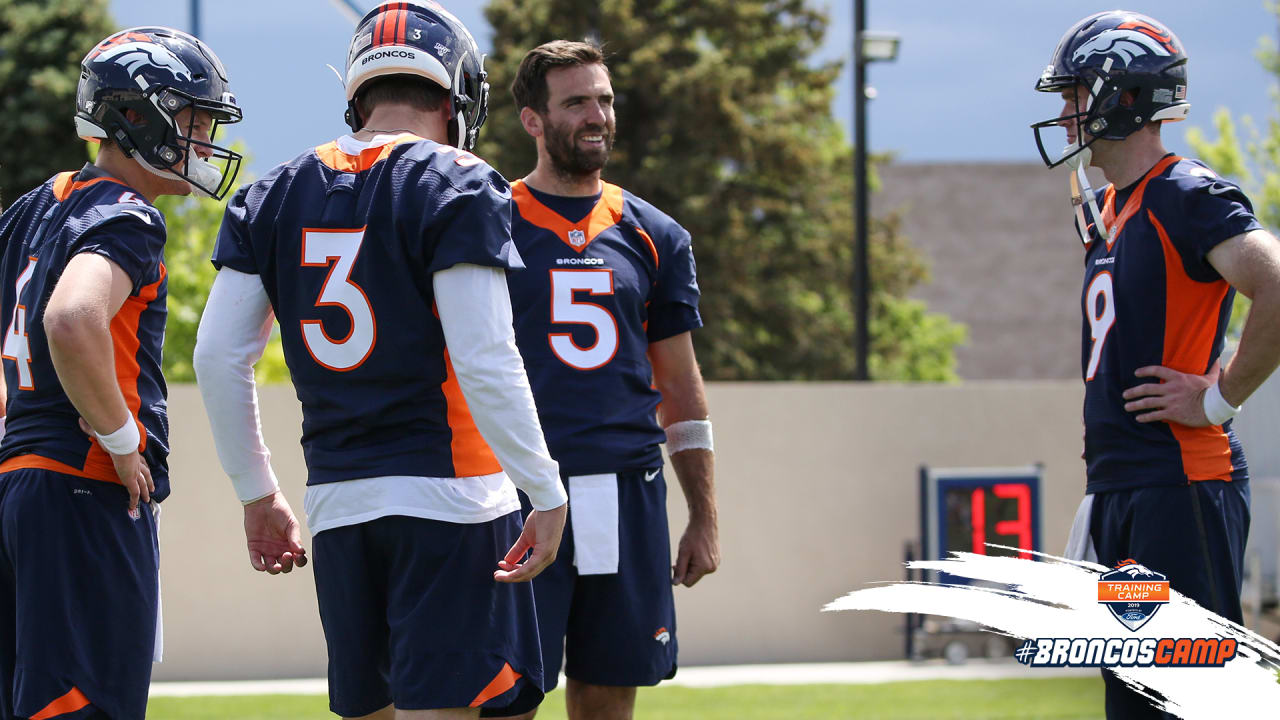 ENGLEWOOD, Colo. — In the Broncos’ first home game of the 2019 preseason, the team’s starters are expected to play more than they did in the Hall of Fame game or against Seattle.

“They’re going to play more than they have been,” Head Coach Vic Fangio said Saturday. “How much? We’ll see.”

Fangio did not indicate if certain players would be held out of Monday’s game against San Francisco.

And while the plan for the starters appears somewhat set, Fangio said other than Flacco starting the game, he’s “not sure yet” how the quarterback rotation will go on Monday.

Against Seattle, Flacco played 11 snaps, Kevin Hogan followed for 11 snaps and Drew Lock played the remainder of the game.

“We’re going to discuss that tonight,” said Fangio when asked about the plan at quarterback.

Lock completed 17 of his 28 passes for 180 yards, a touchdown and an interception against the Seahawks.

“He continues to get better,” Elway said of the second-round pick. “He’s been overloaded. Any time you have a young guy like that, he’s going to have his good days and he’s going to have his bad days, but obviously we’re excited still about the talent that he has and what he’s showed. He’s flashed — a lot. But it’s a big jump for him, especially with what we’re doing offensively and [the] verbiage that goes along with it. That’s going to take him some time. He’s done a nice job.”

George Paton ‘is one of the most universally…

Urban Meyer: I can adapt, but between the lines…