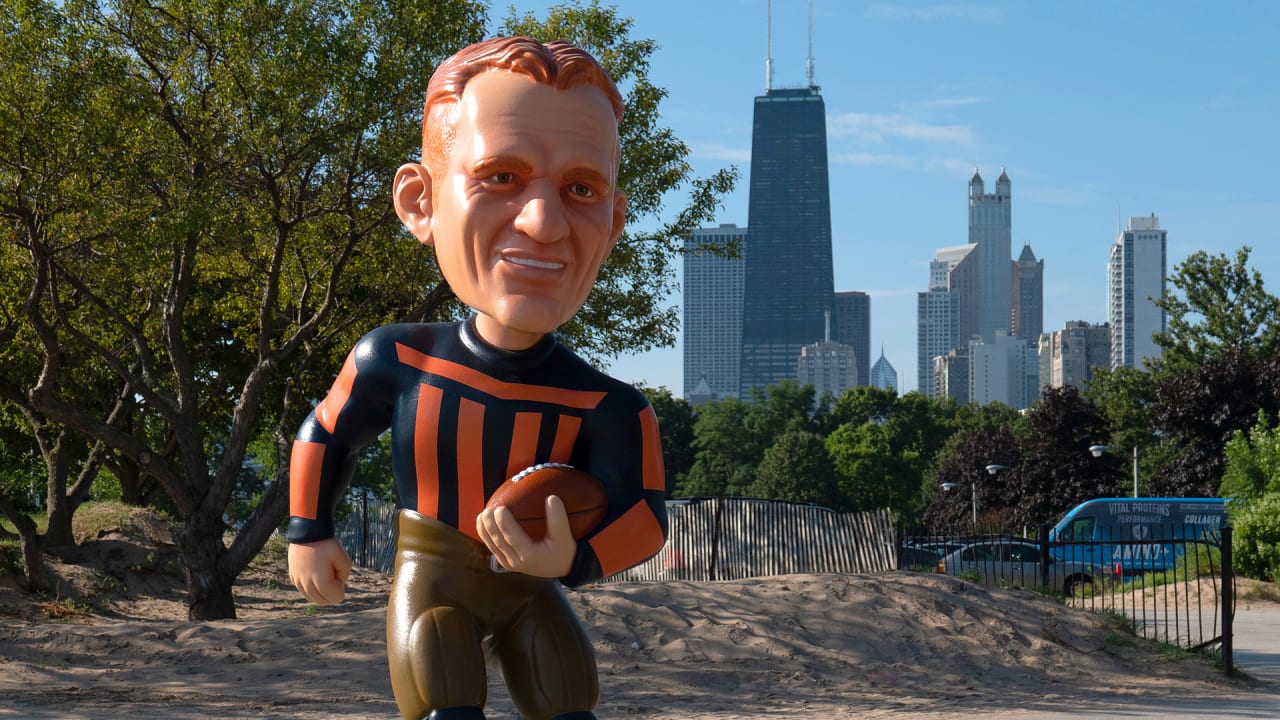 Chicago residents might find themselves face-to-face with greatness this fall. Or, at least, face-to-bobblehead.

In celebration of the team’s 100th season, the Bears will be placing larger-than-life size bobblehead statues of Bears legends around the city during the weeks of home games.

This Saturday, a seven-foot statue of Red Grange will be placed at the North Avenue Beach, in advance of the Bears’ first preseason game Thursday night against the Carolina Panthers.

Grange, a Wheaton native who became one of the NFL’s first marquee players, was chosen to represent the franchise for the decade of the 1920s. Players such as Dick Butkus, Walter Payton and Brian Urlacher will represent their respective decades later in the season at different locales.

Made of high-density foam and weighing between 150 and 200 pounds, the Red Grange statue will be moved to Soldier Field before the game on August 8. Commemorative bobbleheads of Grange will be given out to the first 20,000 fans to enter the stadium through any gate. This will be true of all the commemorative statues that will be placed during the coming season.

George Halas and Khalil Mack, representing the past and present, made their debut in life-size bobblehead form at the Bears100 Celebration weekend in June. These commemorative bobbleheads will not be available at Soldier Field as giveaways, but the life-size statues will be available for fans to take photos with at the Free NFL Kickoff event in Grant Park on September 5 starting at noon.

Browns Already Have Their Most Wins in 13 Years

Ron Rivera: The next three games will be measuring…