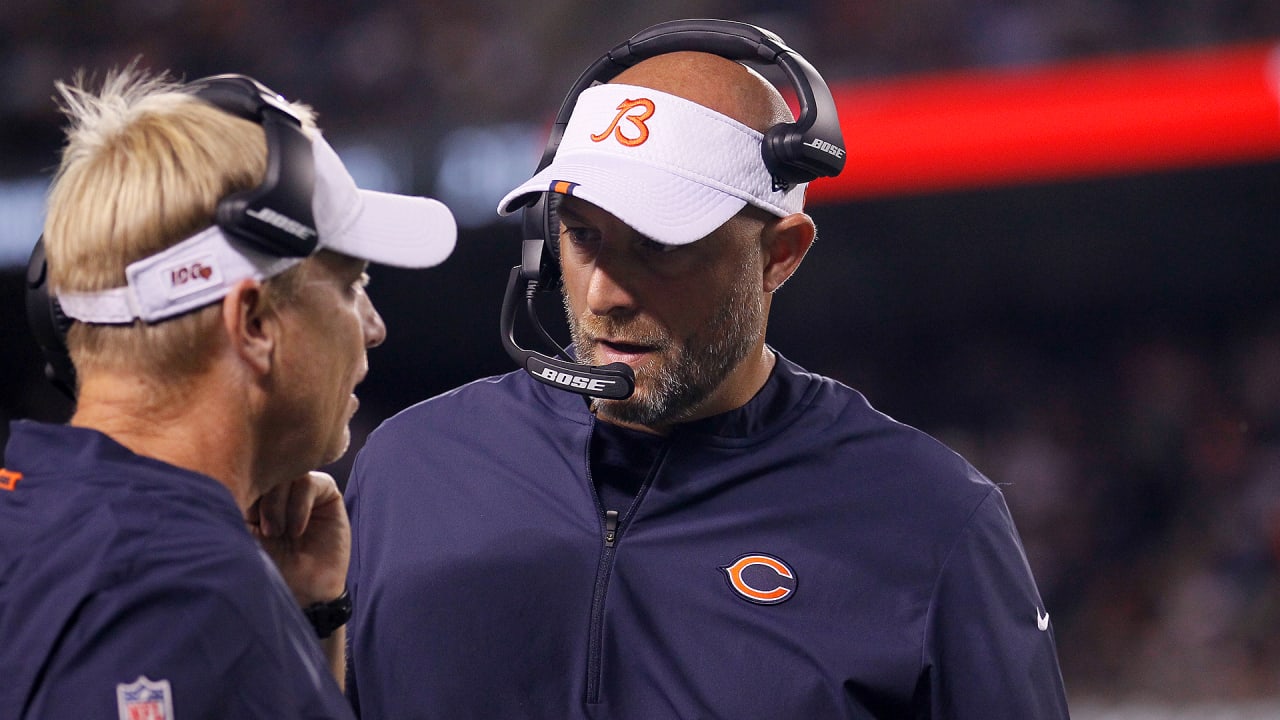 “In addition to the preseason, you get your guys getting into more situational football, and I think that’s the biggest thing that these guys took. And then they get a little bit of conditioning in there in a game-like environment, and it’s all controlled.”

Nagy and his assistant coaches went to great lengths to simulate an actual game. One example was when the offense committed a turnover and the defense had to go back onto the field.

“It’s not just red zone, goal line, short yardage, etc.,” Nagy said. “But we were scripting sudden changes in there. I think that sometimes that’s what gets neglected in really anything you do. You can’t predict when sudden change occurs in a preseason game.

“For whatever it’s worth, we were able to get that. The guys have a 10-play drive on defense. They sit down and then we scripted a fumble, interception, whatever. Now all of a sudden they’ve got to run back out and do an eight-play drive. You cannot guarantee that in a preseason game, so we were able to do that.”

“When you get a controlled environment like we have, you can have your guys—whether it’s the first team, second team or third team—out here playing a full game,” Nagy said. “They got 60 plays, and on top of that, we got every special teams situation. You can’t mock that in a preseason game.

“Nothing to take away from that, but we took a lot of time and hours to script. Every play was scripted. It wasn’t like we were just calling them off the hip. We scripted every scenario, and I think that’s what was so cool about it.”

Nagy told reporters that he received positive feedback from players.

“It was definitely fun, just getting to stay out there a whole game,” said nickel back Buster Skrine. “It was a good switch-up from camp, waking up and having an 8:05 practice every day. Preseason every game’s at night and Sept. 5 our game’s at night, so it was a good way to run the scrimmage.”

Skrine was one of three players that Nagy singled out after practice.

“I thought I saw a couple nice plays from Buster,” Nagy said. “It looked like he was flying around pretty good, made some nice plays with the ball. Kyle Fuller made two really nice plays, with some interceptions. I thought David Montgomery, couple of times handed the ball off in the middle of the hole. Again, when it’s ‘thud,’ it’s not live. But you get that contact, which is good. But I’m anxious to go back and watch it [on tape].”

Left guard Cody Whitehair exited the practice with a finger injury, but it is not believed to be serious.

“I’m pretty sure that he’s going to be fine is what I’m told,” Nagy said.

Who will be the Chicago Bears’ breakout player in…

Will you be asking for a refund ?

Is Drew Lock or Derek Carr the second-best AFC…