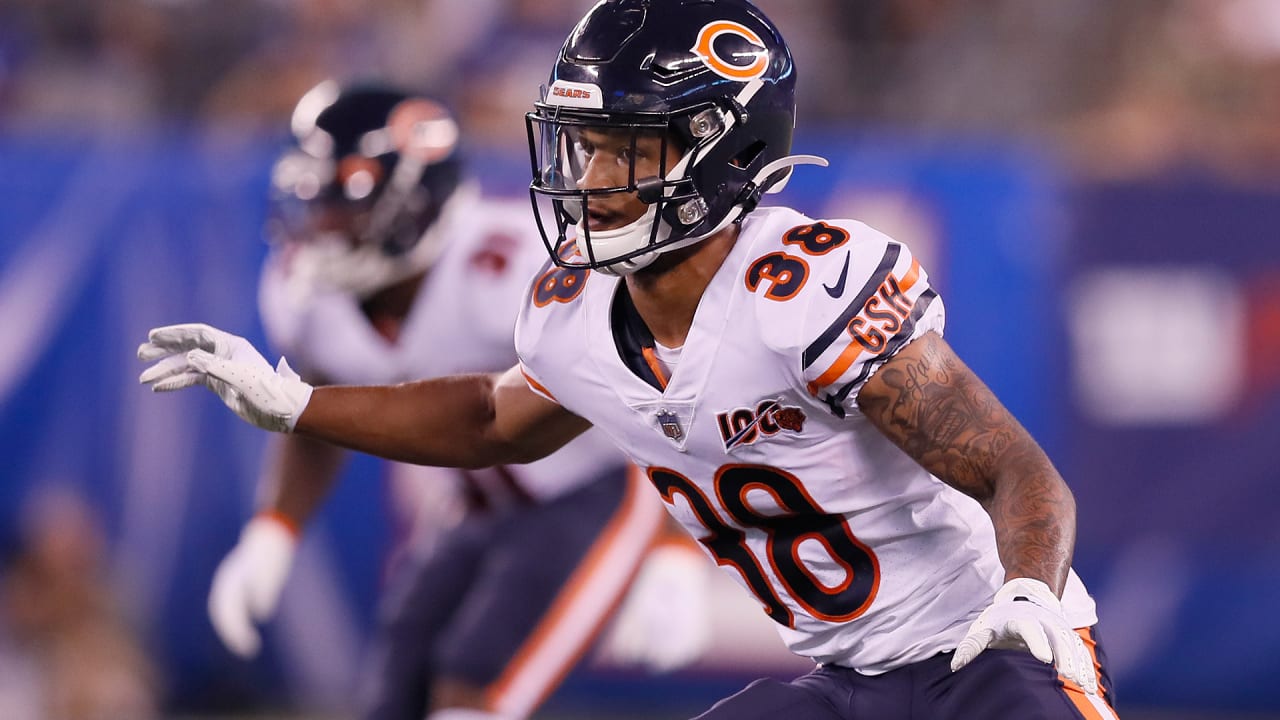 Big plays in the preseason—or even throughout training camp—don’t guarantee a roster spot, something of which Duck is well aware.

“It was real cool to see yourself on the clip of the play,” said Duck. “Hear the vets tell you it was a good play — things like that. But, you know, every week is the same. You just go into it trying to make your plays when they come to you.”

The interception couldn’t have been a better showcase of the skills that got Duck onto the Bears’ training camp roster. Shorter and lighter than the typical NFL cornerback, Duck went undrafted earlier this year. If he’s going to find a way onto the Bears’ 53-man roster, it will likely be due to his instincts and ball skills.

Despite being a four-year starter at Butler High School in Matthews, N.C., one of the top high school football programs in the nation, Duck’s uninspiring measurables left him with very few options. He found himself at Appalachian State.

“That was the only offer I had,” said Duck. “Couldn’t pay for school, so I was fortunate enough to get into a college that was close to home.”

It ended up being a perfect fit. Duck was only nine years old when his new school came to national attention by beating fifth-ranked Michigan on the road in 2007, but he can remember the phenomenon. Appalachian State became synonymous with the underdog.

Duck found that Appalachian State wasn’t just a school close to home: it was a template for success.

“It’s a fightin’ school,” said Duck, “and I like that because I find myself a fightin’ person. That coaching staff, that tradition, that culture. It was an underdog to everyone else, but, to them, they were playing the game, and they were going to win.”

Duck started every game during his three years in college. He earned a reputation as a ballhawk, tallying 12 interceptions over his career.

As Duck has adjusted to the next level, he’s found support and guidance from his teammates. He cites a professional atmosphere, where the older players are happy to coach up the rookies.

“They’ll just come by you and tap you on the shoulder,” said Duck. “‘Hey man, this and that happened, you could have done this’ or ‘when this happens, look for this.’ Pretty much all the vets take that role.”

That has made this past few months valuable to Duck and not only as a player. He expressed an interest in coaching high school football when his playing days are over. However, he still has two more weeks of the preseason to make an impression.

“I just want to show the type of player I am: feisty,” said Duck. “I feel like I got good ball instincts. I got good play recognition. I’m a smart football player.”

He showed all those things last Friday night, but he knows he can’t dwell on it. Coach Matt Nagy told reporters on Monday that he was looking to see if young players like Duck could remain consistent.