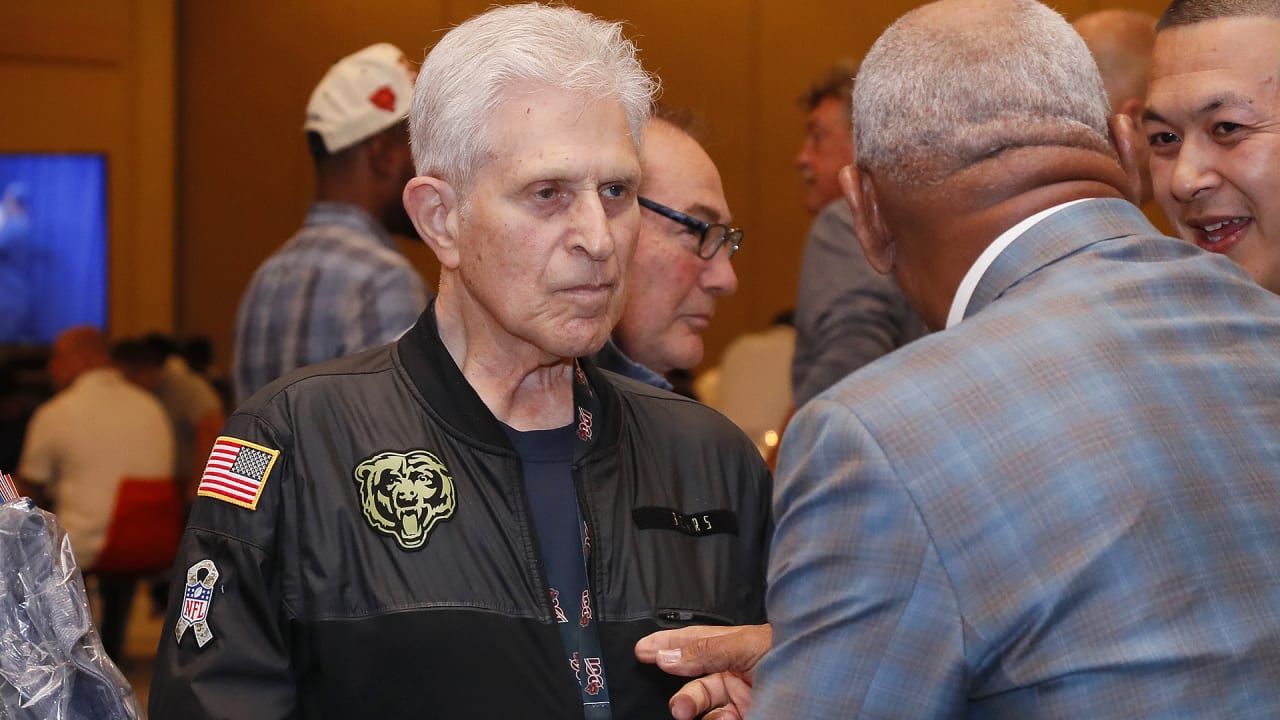 The night before the Bears kicked off training camp this summer, the man they refer to as “The Legend” around Halas Hall suffered a nasty fall in Bourbonnais.

Clyde Emrich, the 88-year-old pioneering strength coach who has worked for the Bears since 1971, fell on the stairs just outside the Weber Center, the team’s headquarters during camp at Olivet Nazarene University.

Emrich was knocked unconscious. He doesn’t remember a thing about the fall, only waking up in the Riverside Medical Center emergency room in nearby Kankakee, where he received 14 stitches above his eye and five more in his ear.

“[The gash] was so deep they said they could see my skull,” Emrich said.

Generally speaking, people who get rushed to the hospital after landing face-first on cement don’t consider themselves fortunate. But Emrich’s terrible spill turned out to be a blessing in disguise. A battery of tests at the hospital revealed that he had both a bleeding stomach ulcer and a cancerous tumor in his colon.

“The funny thing is if it wasn’t for [the fall], I wouldn’t have known about those other things,” Emrich said. “Everything was fine. I didn’t have any symptoms.”

Emrich received treatment for the ulcer and underwent surgery to remove 12 inches of his colon Aug. 19 at Highland Park Hospital. Two months later, Emrich is well on the road to recovery. He’s back home after spending a few weeks at a rehabilitation facility and returned to his office at Halas Hall this week.

“It’s very inspiring,” said longtime close friend Brian McCaskey, a Bears vice president and grandson of George Halas. “This is a guy that’s 88 years old and wants to be 22 years old. He’s very excited to be back in the building and we’re excited to have him back in the building. He’s been a part of my entire professional life—and then some—so it’s terrific to have him back.”

Emrich has been blown away by the support he has received from the Bears organization, led by owner Virginia McCaskey and chairman George H. McCaskey.

“They’ve been terrific,” Emrich said. “You hear that term, ‘You’re like family.’ Well, I feel like family because they’ve all been absolutely wonderful.”

Emrich became one of the NFL’s first strength coaches when the Bears hired him in 1971. Before accepting the job, he had already been working with several Chicago players such as Stan Jones, Doug Atkins and Ronnie Bull at a local YMCA.

Emrich’s first contact with the Bears came prior to the 1963 season when he met with Halas to discuss isometric resistance training, a revolutionary concept at the time.

A member of the USA Weightlifting Hall of Fame, Emrich won four national titles and in 1957 became the world’s first man under 200 pounds to clean and jerk 400 pounds.

Unlike many of his competitors, Emrich never worked with a coach or a trainer. He started lifting weights in 1946 as a 15-year-old who stood 5-6 and weighed 110 pounds, training at home with homemade cans of sand and cement and cable-chest expanders.

While Emrich hasn’t been the Bears’ strength coach since 1991, the team named its weight room after him in 2008 and he continues to provide strength-training tips to players. He has worked in an administrative capacity with the team for nearly three decades, handling a myriad of responsibilities. Emrich has also served as a training camp coordinator since 1984, a role he has shared with Brian McCaskey the past 20 years.

Emrich feels that spending so much of his life in the gym has helped him recover from the fall, the bleeding ulcer and colon cancer.

“All that hard work I’ve done in the past, I think gave me enough strength that I could go through all of this stuff,” Emrich said.

“What I tell people is that you play a sport and you give it your all. After that, you’re training for life. Everything you do in working out to me is like putting money into your health bank. So the more you’re working out, the more you’re stacking up your health bank. The day may come when you do need it in some emergency and you have the strength to do it. That’s the good part of exercise.”

Tags: emrich he his

Timing a surprise, but Brian Flores sets up Tua…