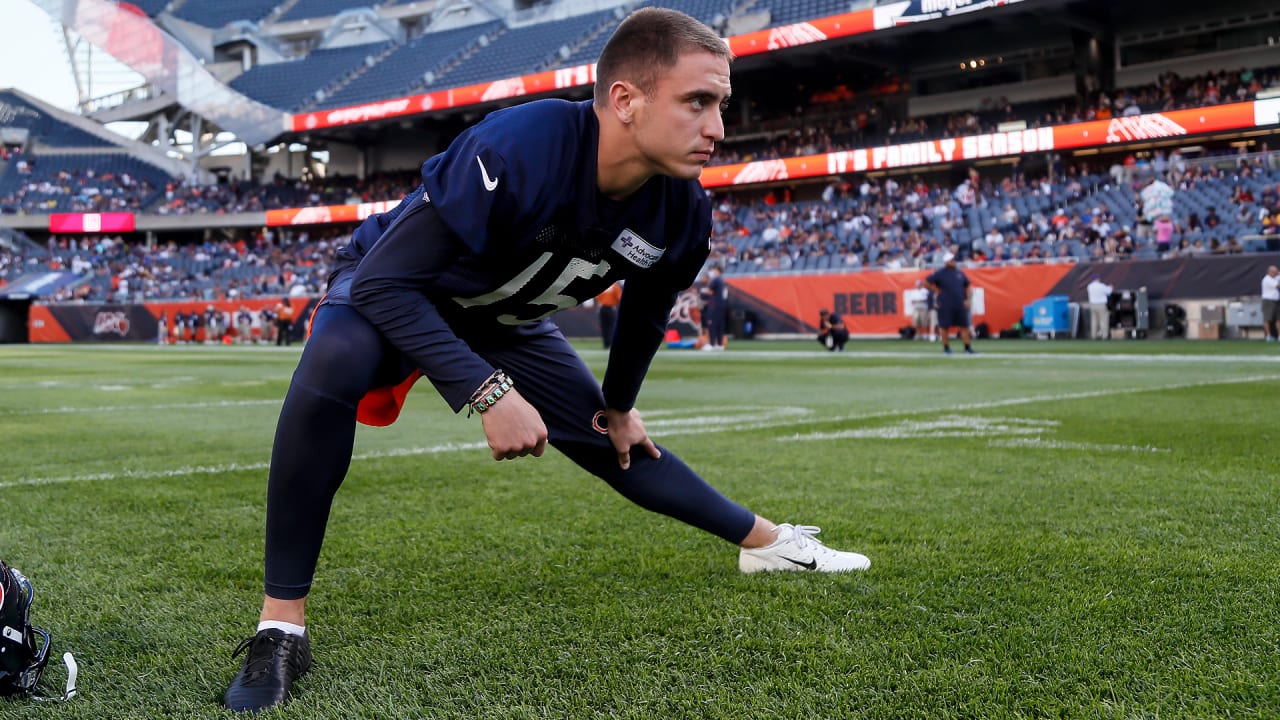 The Bears showcased their most closely watched position battle Saturday night at their Family Fest practice at Soldier Field. The result was an exhale of relief.

The position of kicker has been in upheaval since the end of last season. While the playoff loss to the Eagles, thanks in part to a missed field goal, still haunts many Bears fans, coach Matt Nagy believes that it’s time to turn the page.

“We hit that kind of hard in the offseason,” said Nagy, “and we used it. But now we’re into 2019. For me, the second we stepped on at Bourbonnais, we’re moving past that.”

Practicing at Soldier Field for Family Fest, kickers Eddy Pineiro and Elliott Fry took turns kicking field goals from the same ball placement. Pineiro had more opportunities to compensate for Fry attempting more kicks during the week in Bourbonnais. Pineiro made all 12 field goals he tried, including one from 60 yards.

“I was craving a good day like today and just getting over that hump,” said Pineiro. “I always feel like I always miss one or something always goes wrong. But today went well.”

Nagy complimented Pineiro on his productive day and credited him for showing off the potential that led the Bears to trade a conditional seventh-round pick to the Oakland Raiders to acquire him.

“Well, we always thought that he has some pop,” said Nagy, “and I think the biggest thing with him was the consistency of the accuracy and being able to fit that accuracy with the pop. Once you get that down, he can do some pretty good things.”

Fry connected on 7-of-9 attempts, missing from 48 and 60 yards. Still, Fry came away from the practice with optimism, viewing the night as an opportunity to prepare for the first preseason game on Thursday.

“It was awesome,” said Fry. “Obviously came out getting used to the feeling of Soldier Field. It was really good. A really nice night, obviously. Didn’t have to battle any wind or anything. But it was good to get in front of the fans, get out in the stadium and kick.”

Nagy credits the kickers, along with special teams coach Chris Tabor, with focusing on the things they can control and tuning out the rest. Pineiro emphasized that his success on Saturday night was not only the result of his work but also that of long snapper Patrick Scales and punter Pat O’Donnell, who serves as the holder.

According to Nagy, the real test will come in the preseason, when both kickers will have their first chance to prove themselves in a game setting.

“There’s pressure on every kick in Chicago right now,” said Nagy. “So every chance you get, do your best to make it. And if you miss one, come back the next time and make the next one. I think, and maybe I’m crazy, I think they’re doing decent. It’s not the game, but they’re doing pretty good.”

In the past few weeks, coaches have discussed Pineiro and Fry more as a tandem than an ongoing competition. While neither Nagy nor Tabor have tipped their hand as to who is currently leading, a decision will be coming in the next month.

Even so, Pineiro shrugs off that pressure.

“This is what we do for a living,” said Pineiro. “Just got to make kicks. That’s what Chicago wants.”

How have the Chicago Bears fared against Atlanta…

Stats Of The Weird: Steelers Vs Texans

Adam Gase and Sam Darnold are running out of Jets…