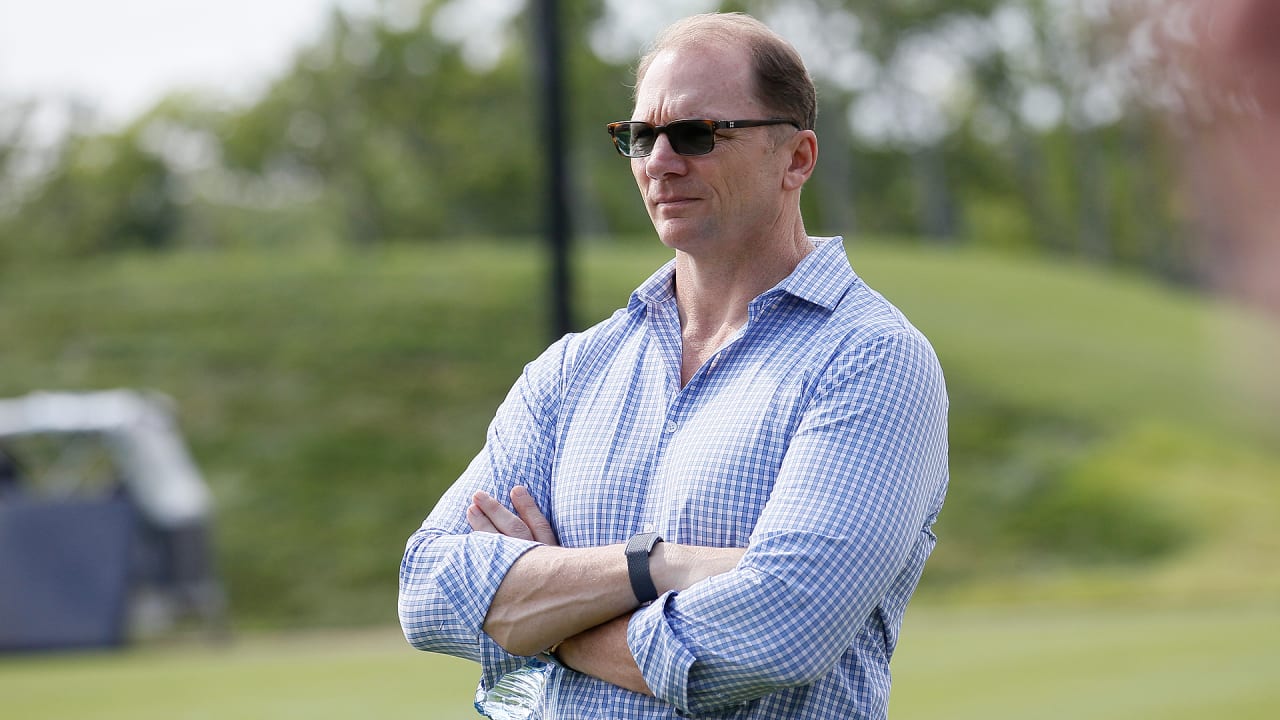 Armstrong was selected by the Bears with the 11th pick in the first round of the 1989 draft out of Florida. He appeared in 88 games with 87 starts and recorded 42 sacks, seven forced fumbles and seven fumble recoveries before being traded to the Dolphins in 1995.

Armstrong has been Nagy’s agent since 2012 when the Bears coach was in his final year as an offensive assistant on Andy Reid’s staff with the Eagles. Nagy accompanied Reid to the Chiefs in 2013 and remained with Kansas City until being hired by the Bears in 2018.

Nagy is known for his creativity in designing plays and formulating game plans as well as his ability to develop quarterbacks. But to Armstrong, that’s only part of what has made the Bears coach so successful.

“He’s got such a great sense of people and treating them well,” Armstrong said. “You can see as he goes around here in the building, he [impacts] lots of people in lots of ways, which is a really good mark of a leader.

“For him, it’s more than about X’s and O’s. He thinks about mindset and developing character traits and how do you do that not just on the football field but here in the building from the time you get here until the time you leave.”

Armstrong also represents Bears offensive coordinator Mark Helfrich and quarterbacks coach Dave Ragone. Armstrong became an agent primarily because he enjoyed the business aspect of the game while serving as the president of the NFL Players Association during his playing career from 1996-2003. He works for Athletes First in Gainesville, Fla.—the same city where he starred for the Gators.

It was a natural progression that enabled Armstrong to remain involved in the sport he loves. As a Bears player, he won the Brian Piccolo Award as a rookie in 1989 and recorded two double-digit sack seasons with 10 in 1990 and 11.5 in 1993. Armstrong played a total of 15 NFL seasons, spending six with the Dolphins and three with the Raiders after leaving Chicago.

During Tuesday’s visit to the newly-expanded Halas Hall, Armstrong marveled at the sparkling state-of-the-art facility.

“You can’t describe it,” he said. “It’s almost like entering an alternate universe. This is literally one of the nicest facilities I’ve seen in athletics, and I get a chance to see a lot of these. The attention to detail, the thought that went into it is really incredible.”

The Bears made the playoffs three times in Armstrong’s six seasons with the team. He said the thing he remembers most about playing in Chicago is the city and its love for the Bears.

“When the Bears are good, what a great place this is to be and to be a part of,” Armstrong said. “That without question is my No. 1 memory; it’s winning a big game and hearing the crowd as they go out the stadium singing, ‘Bear Down, Chicago Bears.’ You just don’t find that a lot in the NFL.”

What you need to know to catch the Seahawks at…

Broncos still not planning a quarantine…