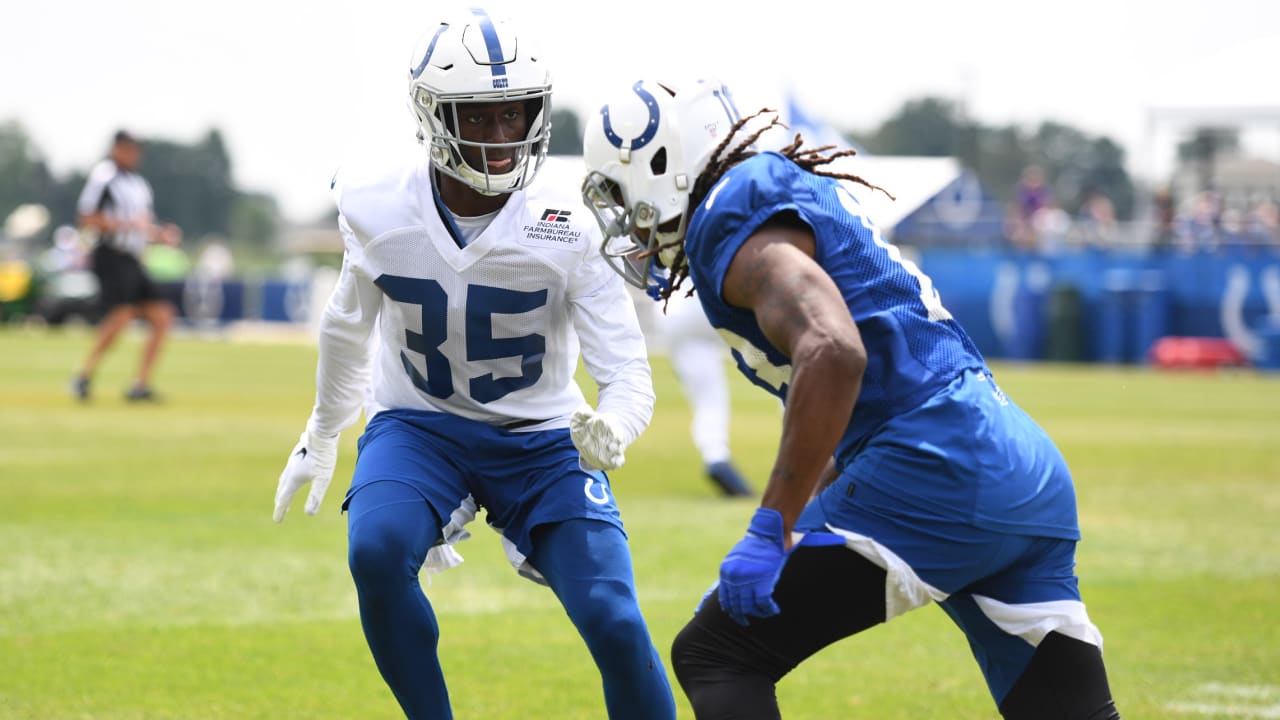 — They’re just in their second and third NFL seasons, respectfully, but linebackers Darius Leonard and Anthony Walker are clear leaders for the defense. The linebackers were doing an early drill in which they muscle up a blocking sled, then rip away and work their feet to knock away a couple coaches coming at them at various angles with pads. Drew Lewis, just signed to the team literally hours before Friday’s practice, gave it his first go, and Leonard and Walker were right there to give some helpful input. “Rip it!” they both said. The rookie Lewis got it right the second time around thanks to the help of his teammates.

— You’ll hear all about Luck’s impressive performance in today’s 7-on-7 drills, but the defense did put in a couple solid reps against the Colts’ Pro Bowl quarterback. About midway through, the defense earned what could be considered a “coverage sack,” as Luck went through his progressions, saw nothing open, went through them again, and was forced to just throw the ball into the ground. The session then ended with some nice coverage by cornerback Nate Hairston, who got physical against rookie wide receiver Penny Hart and forced an incompletion along the sideline.

— Here’s who lined up as the theoretical “first-team” defense once 11-on-11s broke out: Al-Quadin Muhammad and Kemoko Turay at defensive end; Denico Autry and Margus Hunt at defensive tackle; Leonard (WILL), Walker (MIKE) and Matthew Adams (SAM) at linebacker; Pierre Desir and Kenny Moore II at cornerback; and George Odum (strong) and Malik Hooker (free) at safety.

— Defensive coordinator Matt Eberflus, per usual, did so much mixing and matching with the defense throughout Friday’s practice that it’s practically impossible to say who might be considered on the “second” or “third” teams. There were a few players that got notable snaps with what one might consider the “first team:” Hairston and Rock Ya-Sin at cornerback, Bobby Okereke and linebacker and Tyquan Lewis at defensive tackle. Rookie Gerri Green also got some run at defensive end towards the end of practice.

— The defensive highlight of the day was the play of two young pass rushers who clearly took advantage of a prime opportunity on Friday. With Houston and Sheard out, Turay and rookie Ben Banogu put in quality days, each making several plays and wreaking havoc throughout the afternoon.

— Turay was a terror primarily working against left tackle Anthony Castonzo. He had, by my count, two would-be sacks of quarterback Jacoby Brissett, one of which would’ve been of the sack-fumble variety as he knocked the ball out of the QB’s hand just as he was getting ready to throw. On the very next play, Turay bullied his way inside and stuffed a run by Marlon Mack.

— Banogu, meanwhile, also had a couple would-be sacks, one of which included an impressive bull rush against right tackle Le’Raven Clark. Banogu also disrupted a quick flare route play intended for Daurice Fountain, as the second-round pick forced his way into the gap and got his hand in the way, forcing an incompletion.

— Cornerback Shakial Taylor showed off some impressive reaction skills on a dump-off pass play to Nyheim Hines, bailing from his coverage in the middle of the field and immediately getting to the running back almost right as the ball got to his hands. This got defensive backs/cornerbacks coach Jonathan Gannon all sorts of fired up.

— Sticking with the cornerbacks, Marvell Tell III seems to be flourishing a bit as he makes the switch from college safety to NFL corner. Tell III made a nice play late in 11-on-11s, sticking to wide receiver Marcus Johnson down the right sideline and making sure the pass hit the grass.

How to Watch Titans @ Colts

2020 South Side Questions: Will Vance McDonald…