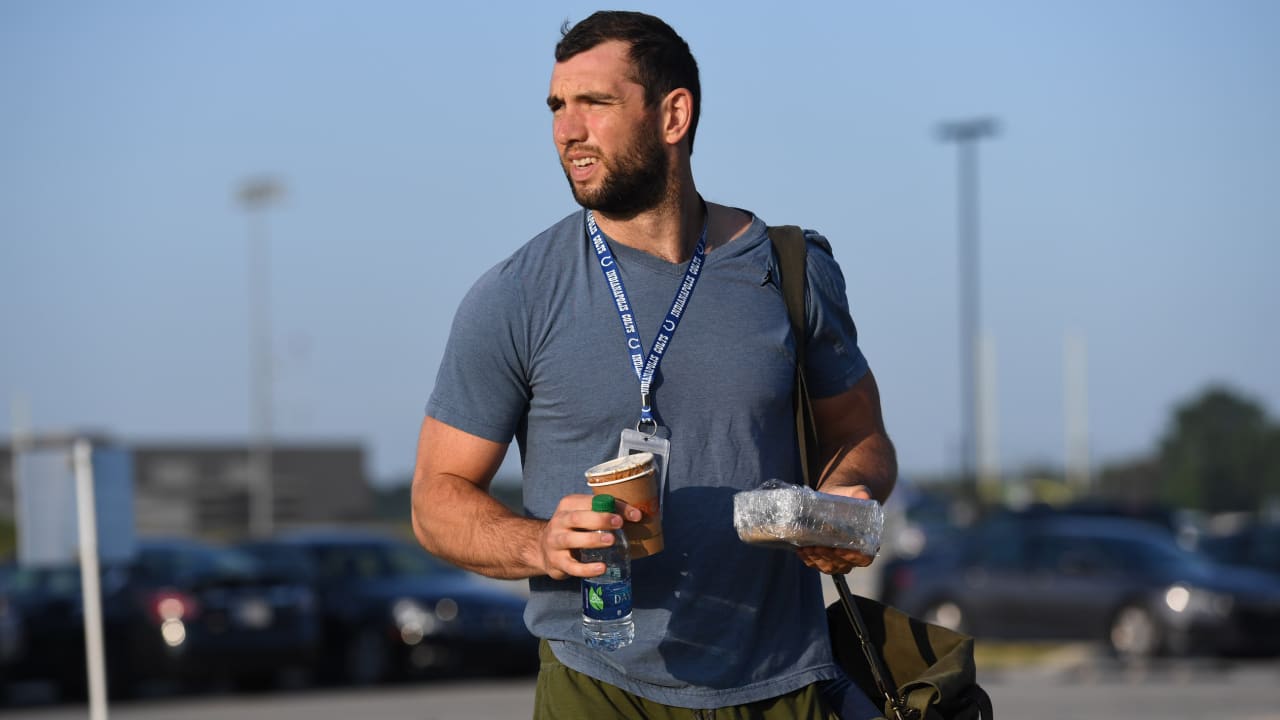 » Quarterback Andrew Luck: Luck missed the entire on-field portion of the offseason workout program as a precaution he dealt with a calf injury. Ballard said Luck has been doing some live throwing since the end of veteran minicamp, however. “Arm’s in good shape,” he added.

» Wide receiver Deon Cain: Cain suffered a torn ACL in the Colts’ first preseason game last year against the Seattle Seahawks, and has been working his way back since. Ballard knows it could still be a while until Cain is 100 percent, but said the second-year wide receiver has looked solid in workouts the first couple days of the week.

» Safety Clayton Geathers: Geathers underwent a knee procedure earlier this offseason and missed the on-field portion of OTAs and minicamp. After missing 22 games the past three seasons with various injuries, Geathers said his primary goal this season is to get to a point where he can feel good enough to practice every day.

» Defensive end Carroll Phillips: Phillips was initially placed on the Colts’ Physically Unable to Perform (PUP) list on Monday with an undisclosed injury, but by Tuesday as passed a physical and was moved back to the active roster.

» Tight end Jack Doyle: Doyle underwent a hip procedure and missed the entire on-field portion of the offseason workout program. The Pro Bowler suffered the injury in Week 2 last season against the Washington Redskins and missed five games, and then suffered a season-ending kidney injury Week 12 against the Miami Dolphins.

» Running back Spencer Ware: Ballard said Ware has been dealing with a muscle injury, and will be placed on the Physically Unable to Perform (PUP) list to begin camp. Ware is expected to return to practice within a couple weeks, according to Ballard.

» Wide receiver Daurice Fountain: Fountain rolled his ankle during a workout a couple weeks ago and has been placed on the Non-Football Injury (NFI) list to start camp. Ballard believes Fountain could be ready to go soon, however.

How to Watch Colts @ Bears

Chris Godwin is going to miss significant time for…

Mike Tomlin: Tennessee Has ‘A Commitment To…

How to Watch Colts @ Bears