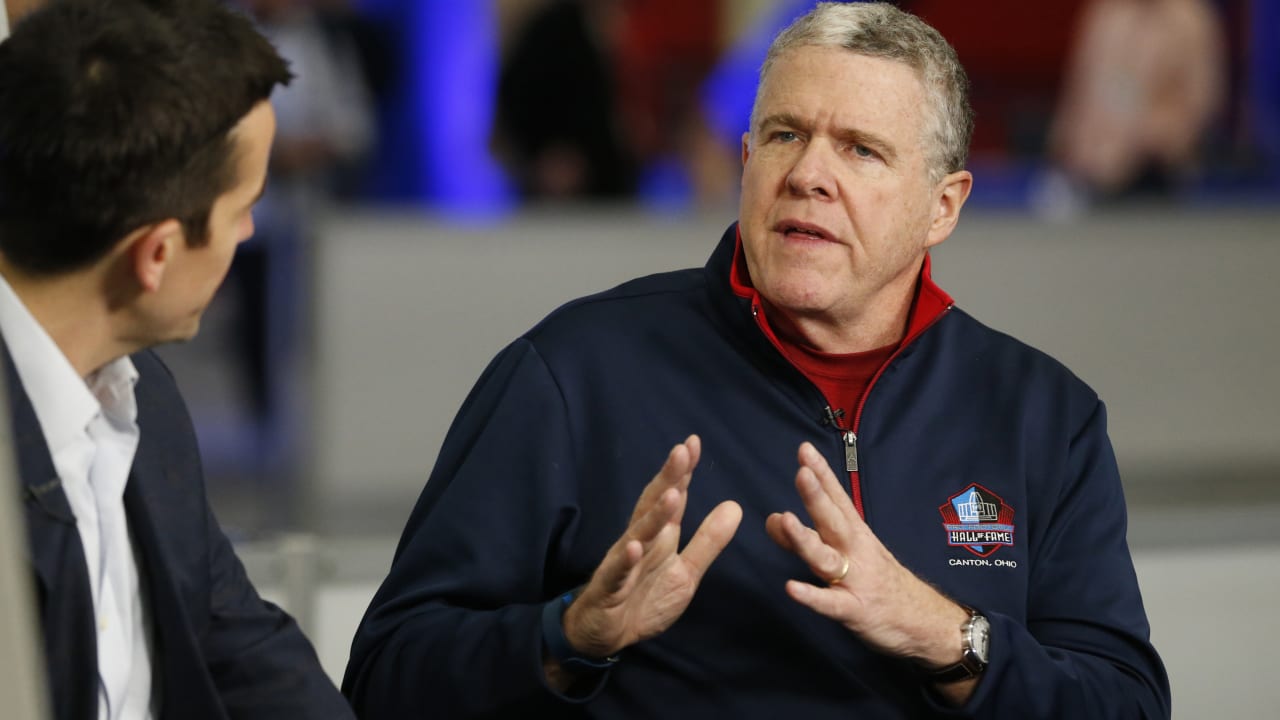 According to many people outside the organization, conventional wisdom said the Colts would go all-in this offseason due to how much cap space and how many draft picks they had. Instead, they made modest moves and continued to develop their own way. What’s your take on their offseason?

King: “Well, I thought for awhile that they might be in play for Frank Clark or Dee Ford. And, honestly, I think what they did was a lot less expensive and a lot less of a commitment for the very long term with Justin Houston. Right now, I would take Justin Houston over both those guys. Now, for five years, I wouldn’t. But, you know, for the next two years, I would. So, I think they did alright. They still have a lot of their ammunition, obviously. Last year was a superior draft, we’ll see how this year goes, but I think there’s three or four starters — particularly on defense — in this draft for this team. So, if that happens, first of all, they’ll be incredibly young other than some of the older players like Margus Hunt, (Jabaal) Sheard and Houston, but they’ll have incredible youth on the defensive side, which is what any team really wants to do.”

There’s no Andrew Luck out here today, but things still appear to be operating smoothly still. With Frank Reich pulling the strings — last year starting 1-5, and having to go through this offseason without Luck on the field — what is it about Frank that allows this thing to keep working like a well-oiled machine?

King: “I think one of the things is that Frank Reich doesn’t go up to Andrew Luck everyday and say, ‘Hey, how’s the calf? Hey, how’s it goin’?’ I remember when John Elway signed Peyton Manning in Denver, I interviewed Elway for a long time a couple of days later. And we were going over the play-by-play of their pursuit of him and what happened, and I said to him, ‘Deep down, why do you think Manning chose you? Why did he choose Denver? And he said, ‘I don’t know, I never asked him.’ You and I would say, after he (Manning) calls you and says, ‘John, I’m gonna sign with Denver,’ you would basically say, ‘Holy crap, that’s exciting, give me the reason.’ To John, there’s only one event, and that is he signed. The reason he signed? So what.

“Frank’s feeling is, when he interviewed for this job, he never asked Chris Ballard, ‘So tell me about the health of Andrew Luck.’ I asked him about that. I asked Reich when he got the job, I said, ‘Why didn’t you ask?’ He goes, ‘Well, if he offered me the job, I’m taking it anyway. It’s not that I don’t care whether he’s there or not, but whoever our quarterback is, I can promise you we’re gonna win.’ His point was not that, ‘I’m being real flippant about this.’ It’s that, ‘Just let me in the door, and we’re gonna win.’ I can’t tell you — nobody knows what would’ve happened if Luck missed 16 games last year and Jacoby Brissett played again — but he just is not really all that concerned about it. He’s a former player; he’s concerned with what he needs to be concerned with. And when the trainers tell him, ‘Luck’s practicing today,’ (it’s) ‘Hey, good. That’ll be great.’ And if not, it’s Jacoby Brissett, Chad Kelly and whoever else is here.”

Last year the AFC South was really competitive. This year, a lot of people think that could be pretty similar with all four teams improving. How do you see the AFC South shaking out?

King: “I think there’s two incredibly interesting divisions in football this year. One is the AFC South and one is the NFC South. I believe that every team in this division, in the AFC South, could win the division. Any team could win it. The reason I think that is because, on their best day, Tennessee could beat the Colts by two touchdowns. On their best day, Jacksonville could beat the Houston by two touchdowns, and vice versa. That’s why I think this is gonna be so much fun. Who knows? I’ll pick somebody. But I’m just telling ya, one to four, I won’t be surprised. Now, in the NFC South, I’d be surprised if Tampa won, but I will not be surprised if Tampa wins eight or nine games, because if Jameis Winston plays well, their defense absolutely is good enough. So we’ll see. I like the way the Colts have drafted. I like the way they’ve developed young players. One of the really, really good things about this team is that Matt Eberflus is not afraid to play youth. A lot of coordinators want to play it safe, and he doesn’t. I think by the end of the year, they’re gonna have six or seven players 24 or younger playing regularly on that defense. Maybe even eight. They’re not afraid to play young people, which, in the NFL today, is absolutely urgent.”

Speaking of this defense, what unit on it excites you the most?

King: “I’d say probably how the youth at linebacker has folded in. And I don’t know anything really about E.J. Speed, but in talking to the people here, they’re really excited about E.J. Speed, so let’s see what happens. It’s like last year with Darius Leonard. He’s called the worst draft pick — or whatever he’s called, a lousy draft pick before camp starts — and he turns out to be, along with Derwin James, one of the two Defensive Rookies of the Year. So, when that happens, I think you just — I hate to be the 76ers — but I think you just trust the process and understand that Ballard and his staff know what they’re doing.”

Tags: coltscamp how King NBC Peter QA sports they what

Everything You Need to Know, Ravens vs. Chiefs