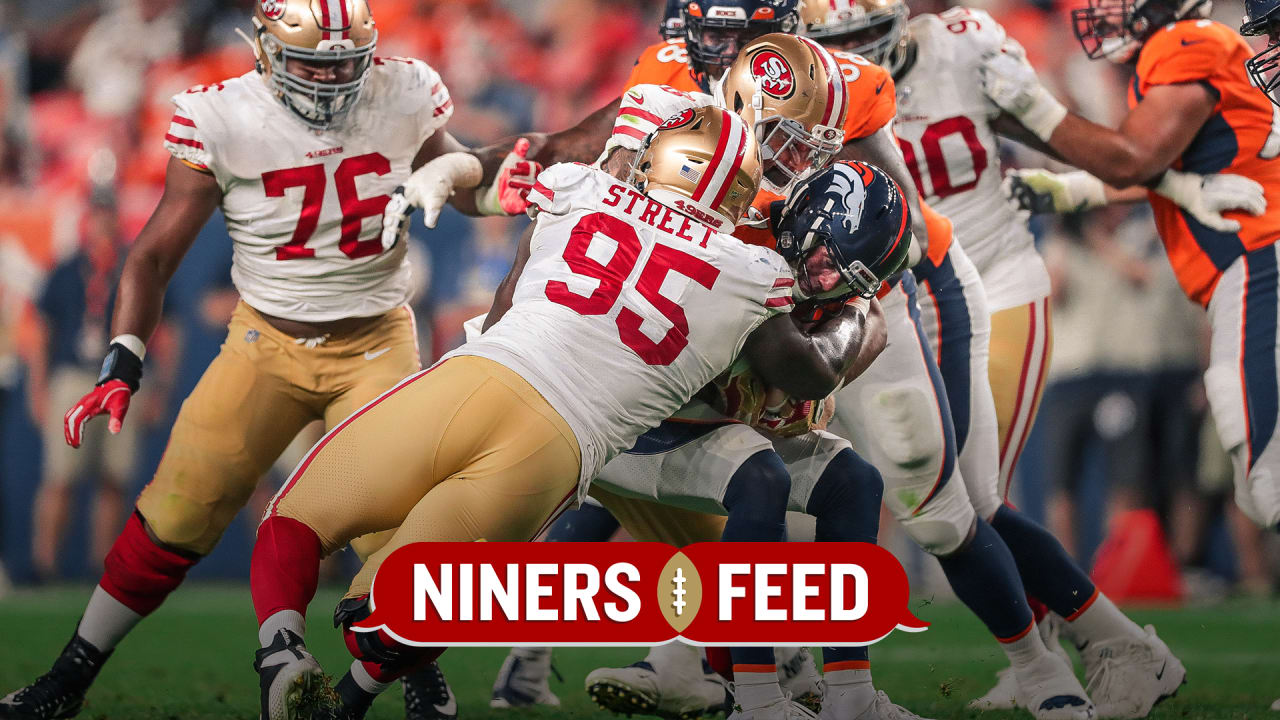 The San Francisco 49ers improved their preseason record to 2-0 following a rocky start against the Denver Broncos on Monday night. Unlike the exhibition opener, several 49ers starters made their preseason debut in the 24-15 victory over the Broncos. Here are 10 takeaways from the game.

1. It was not an ideal start for Jimmy Garoppolo, who took his first live snap since Week 3 of the 2018 season. The quarterback played the first three drives of the evening and went 1-of-6 passing, including two tipped passes and an interception during the 49ers first series.

“The whole offense couldn’t really get going,” Kyle Shanahan said postgame. “We didn’t get anyone into a rhythm. I wish we could’ve gotten (Garoppolo) into a rhythm. It was very hard to pull them off on the third series because we wanted to go one to two series, but we wanted one to two good series. I think the first was longer than three plays. I think the second one was a three-and-out. I think the fourth one was a four-and-out, I’m not sure. We just didn’t get going long enough and I had to get those guys out of there.”

2. C.J. Beathard was the second quarterback to take snaps behind Garoppolo. Beathard finished 5-of-11 for 81 yards. Nick Mullens was the next quarterback off of the bench, completing 2-of-3 passes for 27 yards and a touchdown to Kendrick Bourne. Mullens found Bourne on a corner fade in the back of the end zone for the score. The 49ers totaled 278 yards of total offense and averaged 5.3 yards a play.

Players Around the League React to New York Jets…

Robert Saleh’s Story of Pursuing His Passion to…

Lamar Jackson ruled out with concussion

Lamar Jackson leaves game to be checked for a…